The Minimart Vs. Tough Mudder

There are many ways to spend your May Bank Holiday. Perhaps you could meet up with old friends for a lovely relaxing BBQ. Maybe you could travel home and enjoy being lovingly looked after by your good old mum? Or, if you’re like seven rather unfit Minimarters - you could head to Henley-on-Thames to take on what’s famously known as ‘Probably the toughest event on the planet!’ Tough Mudder.

After a gruelling training schedule of occasional light jogging, no upper body work at the gym whatsoever (unless you’re Sean) and lots of drinking in local bars, we were finally ready. And after climbing, or if you’re Amelia, being thrown over the first 8ft wall - we were nervously standing before the start line. 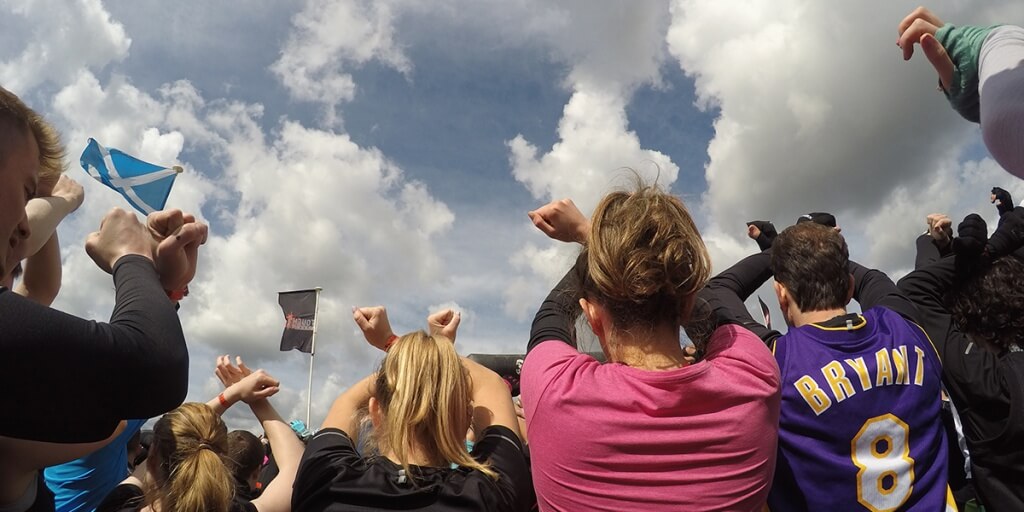 After a quick ‘Tough Mudder Pledge’ including the words ‘ I do not whine, kids whine’ we were on our way - with only 25 obstacles and 12 miles of mud and hills to go.

‘What do you mean we’re only half-bloody-way there!’

By mile six we’d run, jogged and if we’re completely honest… walked up and down some ridiculously steep hills. We’d crawled through a lot of mud and under even more barbed wire. We’d clambered over at least three 12ft walls, although Rich seemed to magically bounce up them like a circus trained squirrel! We’d been unceremoniously submerged in ice-cold water and amazingly two of us somehow managed to get across a set of exhaustingly difficult monkey bars – although Christian was in his own words ‘sooooo close’ but sadly slipped with less than a metre to go. I guess it doesn’t help if you’re only able to manage four press-ups on a good day.

Nevertheless, we were halfway there and considering we were already well over two hours in - we remained in reasonably high spirits… although that could have just been the SCI-MX Bars kicking in. 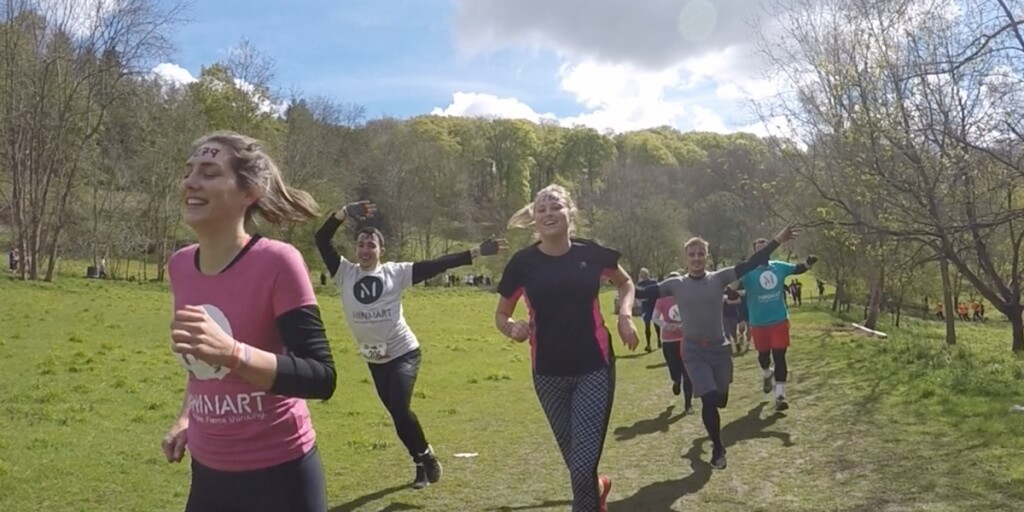 A shocking finish, quite literally.

The last 6 miles are somewhat of a blur to be honest – perhaps my good old brain has simply suppressed the trauma of it all. The flashbacks I do have, involve falling off a scarily high swing into water, carrying a very heavy wooden log, crawling through a small tube backwards and then falling into yet more cold muddy water… and, if that wasn’t enough, six more miles of stupid bloody hills.

But, we were almost there, the finish line finally in sight. However, there was one obstacle remaining… the rather worryingly titled ‘Electroshock Therapy’. All that stood between us now (and a rather ill-fitting orange headband for finishing) was 10,000 volts of electricity! We ran, we fell, we crawled and some of us decided to cheat by simply walking around to the finishing line (Amelia and Sophie we know who you are!)… but we were done!!! 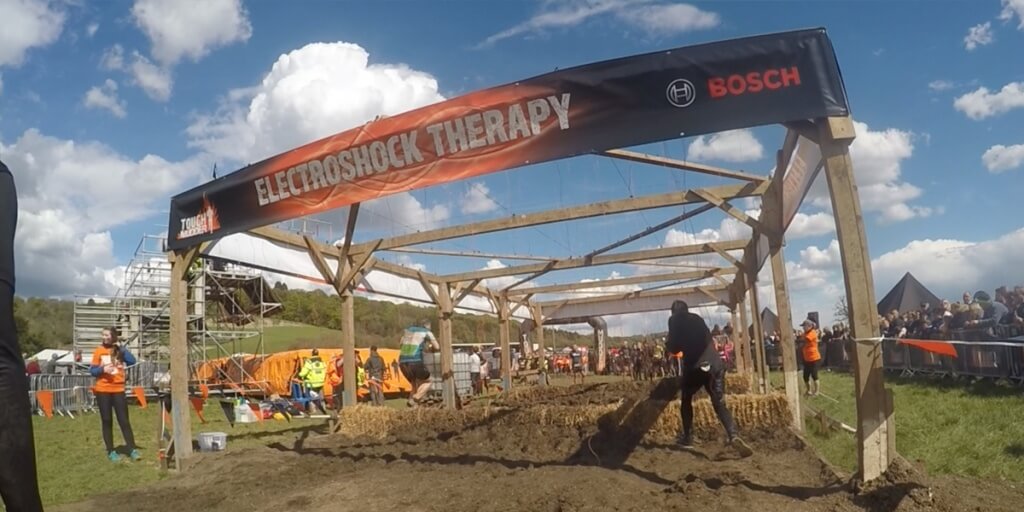 In true Minimart form a bunch of seriously good people took on some seriously fierce obstacles! And, although a week later our bruises have finally started to fade, our sense of achievement and pride hasn’t. Personally I think we all did amazingly well – in fact I must give a big shout-out in particular to our Junior Designer Sean who not only strapped on a GoPro to record the event, he also helped Team Minimart get over a bunch of high wooden things. Well done team – who wants to sign up again next year?*

*Bea and me are definitely out! 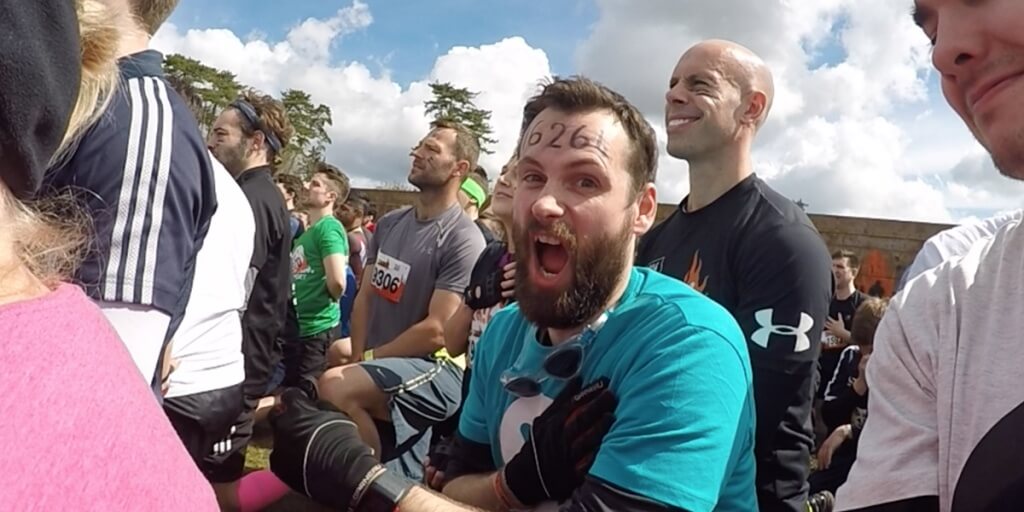 Mini Wisdom: “Like finishing a full rack of ribs – you’re proud, but hope to never do it again.“

Worse Bit: Everything in-between the start and the finish

Mini Wisdom: “If you’re small, you can crawl.” 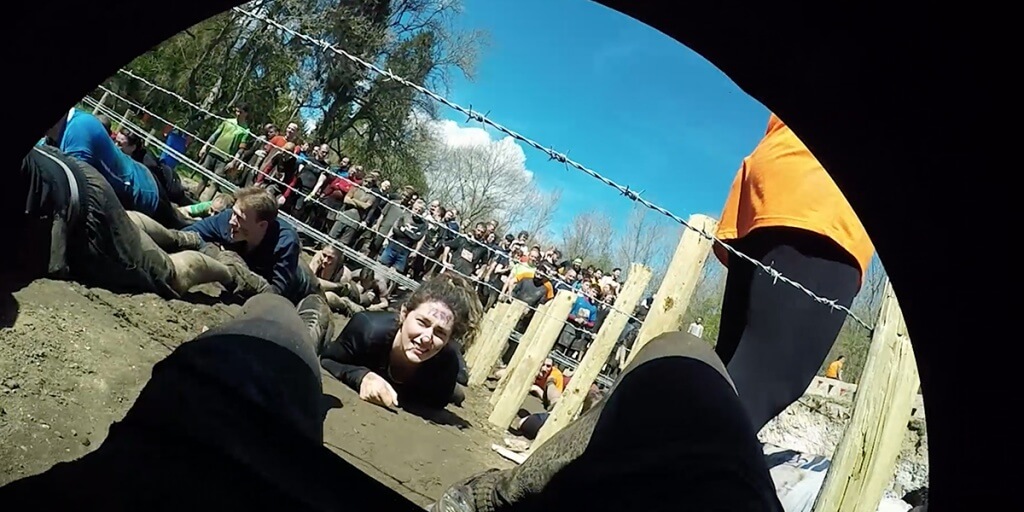 Best Bit: Can’t think of one

Worst Bit: Being left at the train station because there wasn’t enough space in the car

Mini Wisdom: “Keep an eye out for hunky men to help you.“

Worse Bit: Jumping to hit the bell and falling 5 metres onto my back into water. 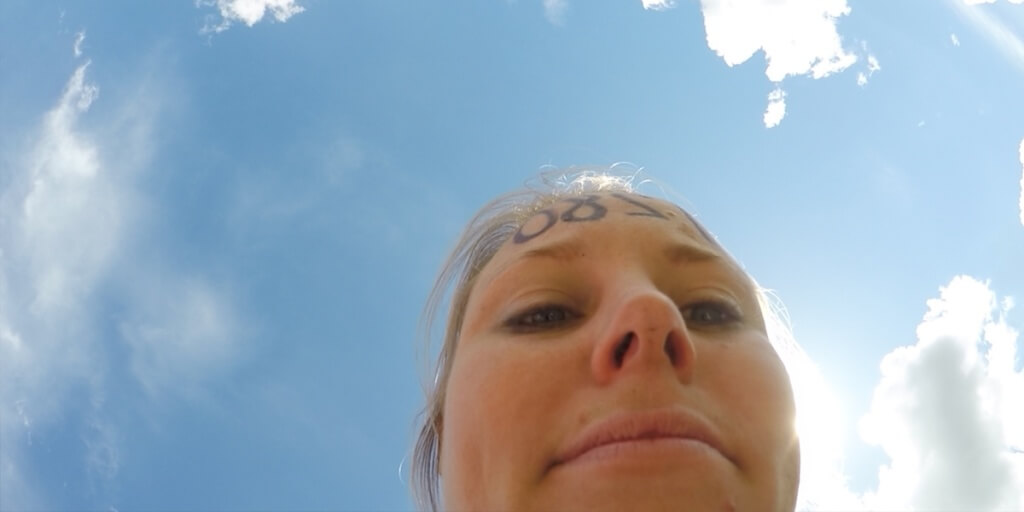 Mini Wisdom: “A great day out. Challenged myself physically but also mentally. Thanks Tough Mudder and Sophie for a truly wonderful experience.“ 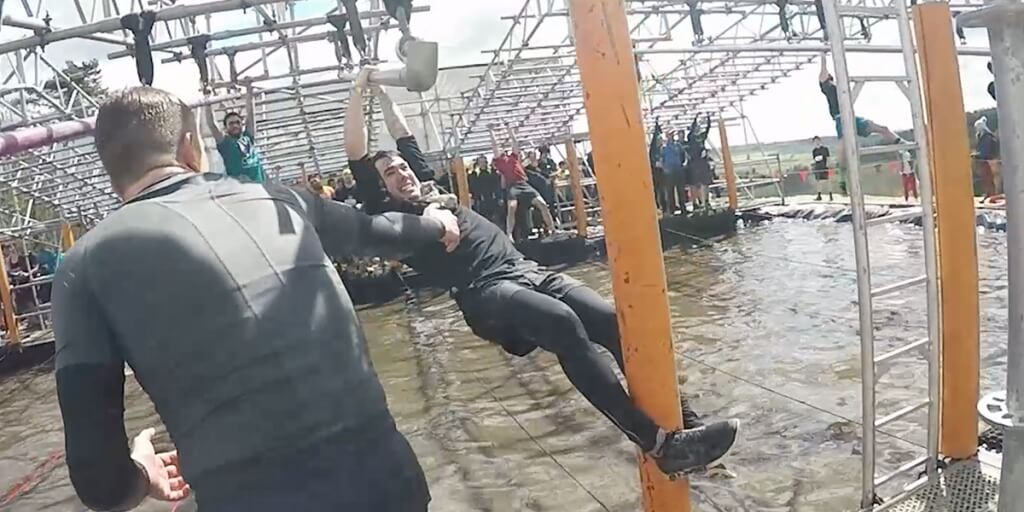 Best Bit: The Chicken Wrap at the end and not having to drive home afterwards 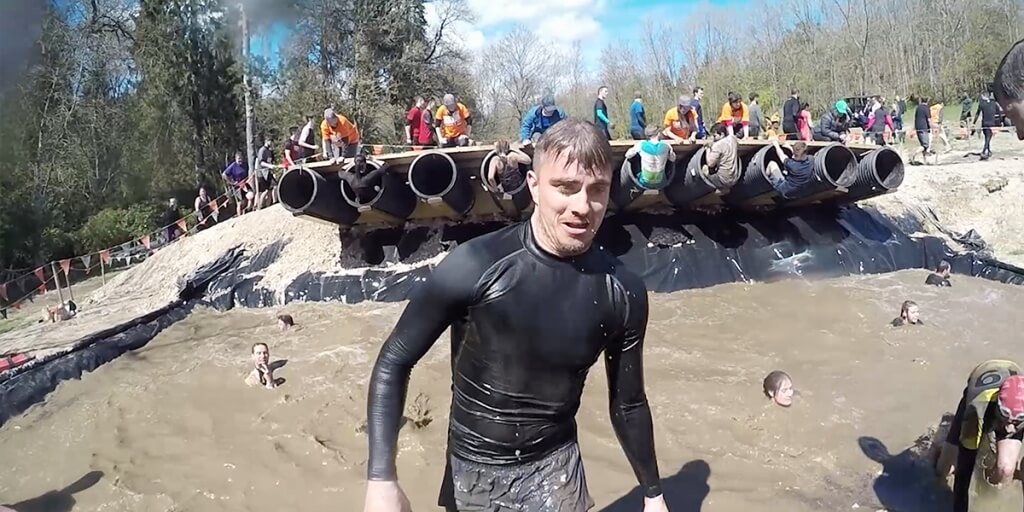 Published by: Baz Hayman in Social