Nobody wants to hop on a Ryanair flight to Dublin, pay £200 for a Travelodge, just to then be crammed in alongside a bunch of tourists in giant green hats.

That’s why we’ve compiled a list of the best St. Patrick’s Day offerings in Soho. Read on to find out how you can soak up the finest Irish ambience (and booze of course): 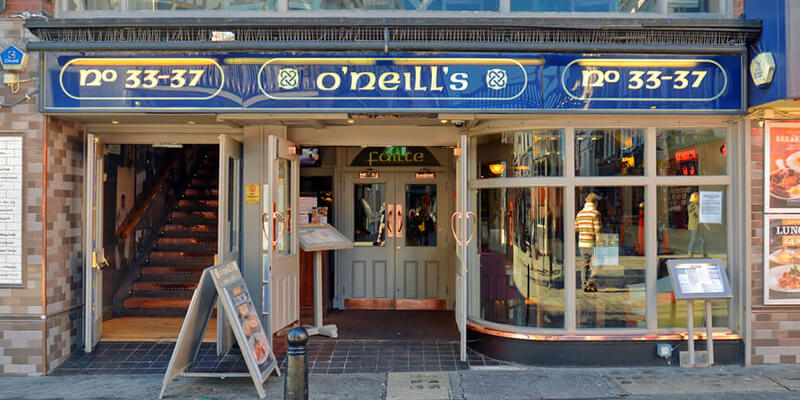 O'Neill's Wardour Street: If it ain’t broke but you are.

Yes, the O’Neill’s chain is essentially an Irish Wetherspoons, but a perfect example of the ‘If it ain’t broke…’ rule. Plus, because you’re in London, you can enjoy views of the famous Liberty’s building by night from the beer garden out front (if you’re still sober enough to see). 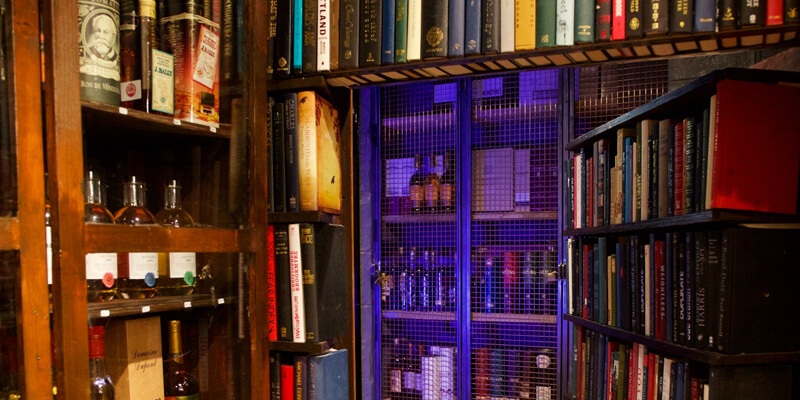 If Guinness doesn’t tickle your fancy, don’t worry because you can always pretend to be really posh and head over to the oldest whiskey bar in London. Ladies and Gentlemen, we present… Milroy’s.

With over 250 whiskeys from all over the world to try, and bar staff who are experts themselves, think of it like a drunken education.

And, if by the end of the night you fancy yourself as a connoisseur, you can buy a bottle of the good stuff. They’ll even keep it for you in your own private locker, so you can swing by any time and have a dram or 5. 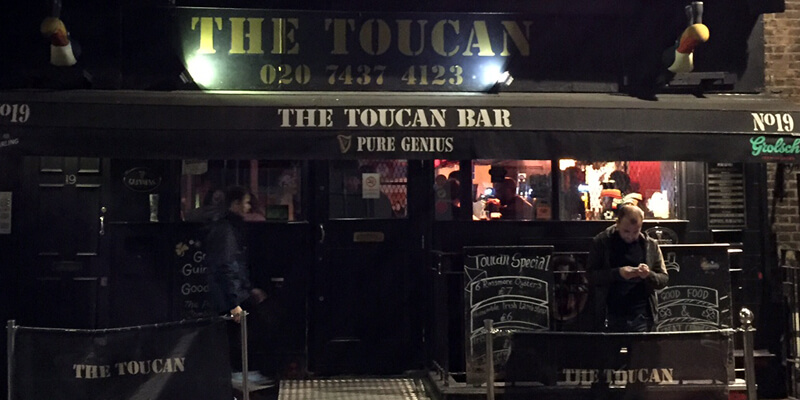 The Toucan: Check out some birds.

Like any proper pub in Soho, the road is the beer garden, and it’s got more questionable history than Wikipedia- apparently Jimi Hendrix once played in the basement bar.

The Toucan is one of the most recognizable pubs in Soho, due to it’s dark exterior and famous Toucan birds at the entrance. You’ll normally catch local Sohoians sipping on pints of Guinness all year round from midday onwards, come rain or shine. The Toucan also offers up some proper Irish grub including Irish stew and baked beans tapas (come on, this is Soho). If that doesn’t sell you, you could always try one of their Guinness cocktails, if only for novelty factor. 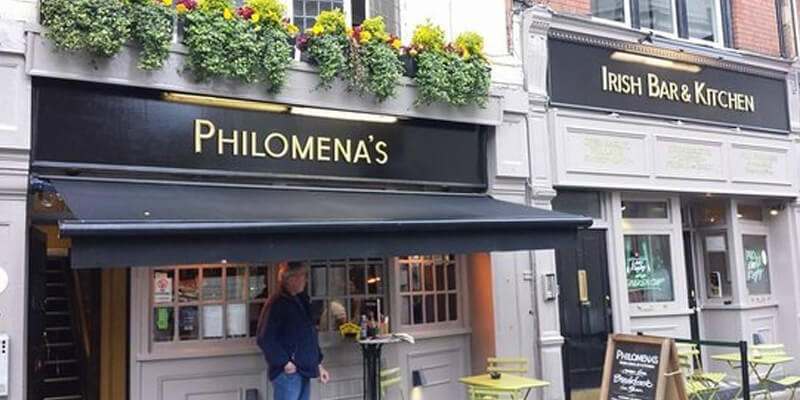 It’s a bit more over towards Covent Garden way, but Philomena’s is perfect if you’re wanting to catch the football, whilst still being in the thick of the St. Patrick’s mayhem. And after a few pints of the black stuff, you can order some of their Galway Bay Oysters (Galway is a place in Ireland FYI). It serves real ale from the pump, if that’s your thing, plus all the other regular drinks you’d expect from a decent watering hole.

Waxy O'Connor's: You’ll be seeing Tree Trees after a few.

Are you sitting comfortably? Us neither, but we’ll begin anyway- Waxy O’Connor was a candle maker and due to the humid conditions they worked in, many of them became keen drinkers to stay refreshed (that was their excuse anyway). He once famously said, “Such heat does parch a man - a parched man is a barren man - and beer is the only cure .......ah, us lads could put away gallons in a day!”. A man after your own heart? Well then get down to Waxy’s.

Another weird twist to this tale involves a tree, which was planted 250 years ago, then replanted in London in 1995- so there you have it, go check out the famous tree, which will undoubtedly become more interesting with every pint of Guinness. 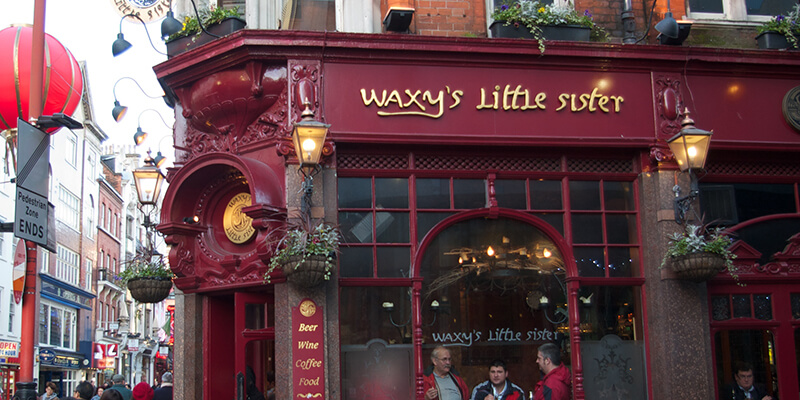 If old trees don’t do it for you, and pubs aren’t your thing, why not try Waxy’s smaller branch, lovingly named, ‘Waxy’s Little Sister?’. Fires, comfy sofas, and a dumb waiter. No, we’re not being rude- it’s a pulley system they have that you can place orders and cash into, which is replaced by beers, so you don’t have to run downstairs when it’s your round. 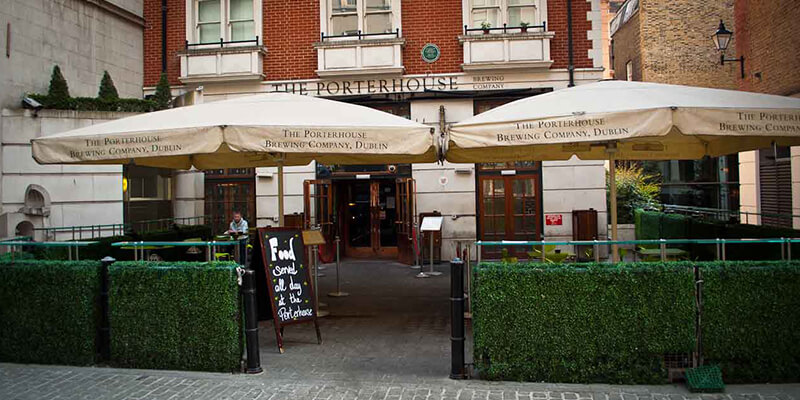 The Porterhouse: Enjoy the black and brown stuff.

The Porterhouse prides itself on its beer. The first pub was opened on Ireland’s most famous strip, ‘Temple Bar’, and then they brought us the good stuff over to London in 1999. We would highly recommend going in to sample some of their genuine Irish Stout- including ‘Plain Porter’, which has won a gold medal at the beer equivalent of the Oscars several times. We’d drink to that.

Published by: The Minimart in Social